In 2014, I completed building and road registered my first electric car; a converted 1997 Honda Torneo. It was also the year that I founded Evnex, a New Zealand manufacturer of EV chargers.

Both initiatives involved a significant investment in time, and were heavily influenced by my conclusion that electric vehicles were well positioned to support the decarbonisation of our transport sector.

In recent years though, various articles and conversations have given pause for thought, and I have rightly been challenged a number of times as to whether electric vehicles are as environmentally friendly as some in the industry have made them out to be.

Throughout this article, I’ll offer a balanced overview of commonly asked questions, which I hope will provide some context for how I arrived at this conclusion that electric vehicles (where a suitable option exists) should be favoured over ICE vehicles from a sustainability perspective.

How green are the energy sources that power electric vehicles?

With a growing number of electric vehicles on our roads, one may question how the electricity demand for such a fleet will be met and how cleanly they can be powered.

It may stand to reason to question the viability of electric vehicles when our reliance on imported high emitting coal has recently increased. However, there are several important factors that need to be considered alongside this data.

1) EVs run cleaner than ICE Vehicles over their lifetime.

Even when electricity generation is partly fuelled by non-renewable energy sources, reputable studies show that electric vehicles are still considerably cleaner than internal combustion engine  (ICE) vehicles. An ICCT white paper published in July 2021 found that the life-cycle greenhouse gas emissions over the lifetime of BEVs registered today in Europe, the United States, China, and India are already lower than a comparable gasoline car by 66%–69% in Europe, 60%–68% in the United States, 37%–45% in China, and 19%–34% in India.

It's important to note that this study is comprehensive and takes into account an EVs ‘embodied emissions’ by including the CO₂ emissions of manufacturing processes including battery production.

2) Some electricity mixes produce less carbon than others

In 2019, the European electricity mix comprised 61% renewable and nuclear, therefore it stands to reason that in New Zealand, with an electricity mix that is 80.5% renewable, the life-cycle emission reductions would be even greater than the 66%-69% calculated for Europe.

Further studies are available to demonstrate this point, including a 2020 study by Exeter, Nijmegen and Cambridge universities stating 'Average lifetime emissions from electric cars are up to 70% lower than petrol cars in countries like Sweden and France (which get most of their electricity from renewable sources and nuclear), and around 30% lower in the UK'.

In terms of the increased demand that electric vehicles may place on our electricity networks, according to EECA estimates "If all light vehicles in New Zealand were electric, our current total electricity demand would increase by around 20%. This could be accommodated within New Zealand's current electricity grid, even allowing for the uncertainties of renewable generation, provided the majority of EVs are charged during off-peak periods".

The key factor here is 'off-peak' as both the price and carbon emissions of electricity increase during times of peak demand as coal and gas generation is ramped up to meet demand.

Ensuring that EVs are charged off-peak is a key driver behind the development of Evnex's connected smart charging technology as it enables charging to be slowed down or stopped during times of high network demand.

4) EVs may run cleaner over time.

A final point to make is that EVs are unique in that their associated emissions reduce as the grid becomes cleaner. This is not true for ICE vehicles.

New Zealand's renewable electricity generation assets have arguably faced underinvestment in past years, in part due to uncertainty around the future of Tiwai Point aluminium smelter, which is supplied from the Manapouri hydroelectric scheme.

A closure of Tiwai Point could result in surplus energy being delivered into the national grid, thus increasing competition in wholesale generation markets and lowering the return on investment for new generation schemes. Having said this, there has been encouraging news recently of further renewable projects in New Zealand that will likely see our electricity mix increase above 80% renewable sources, including a 150MW solar array at Christchurch Airport.

Despite many consented NZ power stations still to begin construction, this does show that the estimated increase in energy demand created by EV uptake can be reached with relatively low environmental impact.

Where do the materials for electric vehicle batteries come from?

The three most common EV battery chemistries outlined in the table above are NMC, LFP and NCA.

Another important factor that impacts an EV’s overall carbon footprint is battery production and how the required raw materials needed for manufacturing are sourced.

Reviewing the ICCT white paper referenced earlier, evidence shows that even when including battery manufacturing, EVs have lower life-cycle carbon emissions than ICE vehicles. Having said this, there is still reason to question the mining practices and sustainability of certain rare earth materials and elements that are used in the production of modern EV batteries.

Battery chemistries containing nickel, such as NMC and NCA typically have high energy densities, with the primary tradeoff being higher costs due to the scarcity of nickel and cobalt. Cobalt especially is a material of concern due to ethical issues over its mining and toxicity, and is considered the highest material supply chain risk for electric vehicles in the short and medium term.

However, the usage of EV batteries with no nickel and cobalt is on the rise. In 2021, Tesla made headlines by announcing that they would transition their standard range Model 3/Y to LFP, a less energy dense, but cheaper, longer lasting and more environmentally sustainable chemistry.

Advances in LFP chemistries now mean that these batteries are practical and reliable enough to be used in all but the most high performance vehicle use cases, evidenced by the fact that the Tesla Model 3 with LFP battery still has an impressive 491km of WLTP (Worldwide Harmonized Light-Duty Test Procedure) range. While Tesla continue to use NCA chemistries for high performance models and heavy vehicles, their increasing use of LFP batteries is a good example of how the market can respond when material availability and costs become prohibitive.

Lithium on the other hand is used in all common EV batteries and while relatively plentiful, extraction of lithium presents some complex challenges. Two of the largest producers of lithium are Australia (extracted via ore) and the Atacama salt flats in Chile (extracted from brine). Lithium production has made headlines over the last year due to concerns regarding the ethics and sustainability of mining practises. These issues include biodiversity loss, the protection of indigenous land, the significant water consumption of pumped brine, and pollution of freshwater reserves in particularly dry areas.

My view is that these issues are not trivial, and consumers are increasingly likely to choose products where manufacturers can show traceability for battery materials.

We should also not forget the extensive environmental impact of extracting, transporting and refining oil, that is, the status quo. As long as the science is clear that the lifecycle emissions of electric vehicles are lower, they should not be dismissed for being an imperfect solution.

Looking forward however, there is hope that industry will find better ways of sourcing the raw materials needed for a low carbon future. Though low in concentration, lithium is hugely prevalent in the ocean (an estimated 200 billion tonnes), and if prices continue to increase, novel electrochemical extraction methods may become cost competitive.

Even in New Zealand, investments are already being made in the pioneering work of Geo 40’s low impact extraction of lithium and other elements from geothermal brine.

For EVs to become an acceptable alternative, they will need to last at least as long as equivalent ICE vehicles. Otherwise, gains that would otherwise be made from zero tailpipe emissions would be lost in the additional embodied manufacturing costs of producing more vehicles.

Earlier generations of EVs have admittedly performed comparatively poorly in this regard. I have personally observed Generation 1 (~2014) Nissan Leafs that have lost half of their battery capacity by 150,000km. Having said that, these statistics are from the first generation of the technology, and significant gains have been made in the areas of battery pack design and active cooling in recent years.

Fortunately, the statistics are starting to show this, from 16,332 datapoints provided by NZ-based Flip The Fleet, 40kWh (Gen 3) Nissan Leafs are experiencing lower yearly battery degradation (2.8%) compared to that of older generation Leafs (~3.3%). Tesla on the other hand, arguably the leader in battery pack design, reports an average battery capacity (retention) of 90% after 200,000 miles (321,869 km), using data from the Model S and X fleet.

As many other vehicle manufacturers are now employing active cooling and newer cell chemistries, it is highly likely that shorter battery lifespans will be limited to first generation vehicles like the early Nissan Leaf.

What happens to electric vehicle batteries at the end of their life?

Establishing a circular supply chain will be crucial in order to lower the environmental impact of EVs and ensure the availability of resources for future generations.

Lithium-based batteries have traditionally suffered from recycling rates as low as 5%, which is clearly unacceptable as a long term solution.

That said, as electric vehicles are a recent innovation, with relatively few batteries having reached end of life thus far, a considerable portion of the batteries contributing to this statistic will originate from consumer electronics, which are often not disposed of correctly.

In regards to modern day EVs, some manufacturers are taking a progressive approach, with Tesla investing in their own battery recycling facilities that can achieve 92% material recovery. Furthermore, independent companies like Redwood Materials (founded by ex Tesla CTO JB Straubel) are achieving similar results, thus making recycling available for other battery waste streams.

In New Zealand, there is a thriving market for second hand EV batteries from written-off vehicles, which are usually fitted into old vehicles whose batteries are reaching the end of their lifespan. Furthermore the NZ Battery Industry Group, chaired by Evnex director Mark Gilbert, is taking an active role in developing guidance and contributing to policy in the areas of battery traceability, reuse and recycling.

There are still relatively few EV batteries being disposed of, as even an early model Nissan Leaf with a 50% capacity battery is still useful for short trips. Because of this, it is difficult to say with certainty how many EV batteries have reached the landfill. It is highly likely however that with their large size and increasing value of constituent minerals, recycling programs will begin to scale once the volume of end of life batteries increases.

So are Electric Vehicles Environmentally Friendly?

In summary, EVs are shown to provide a meaningful impact on carbon emissions when a complete life cycle analysis is considered. There is significant evidence to suggest that while having higher embodied emissions than ICE vehicles, EVs produce significantly less carbon over their lifetime, even when powered from electricity sources that are not 100% renewable.

Still, the purchase and use of any conventional vehicle whether ICE or EV has a large environmental impact and I'm confident that our transition towards an electric future will (and should) be complemented by public transport, car sharing schemes, cycleways and further investment in battery technology and battery stewardship schemes. 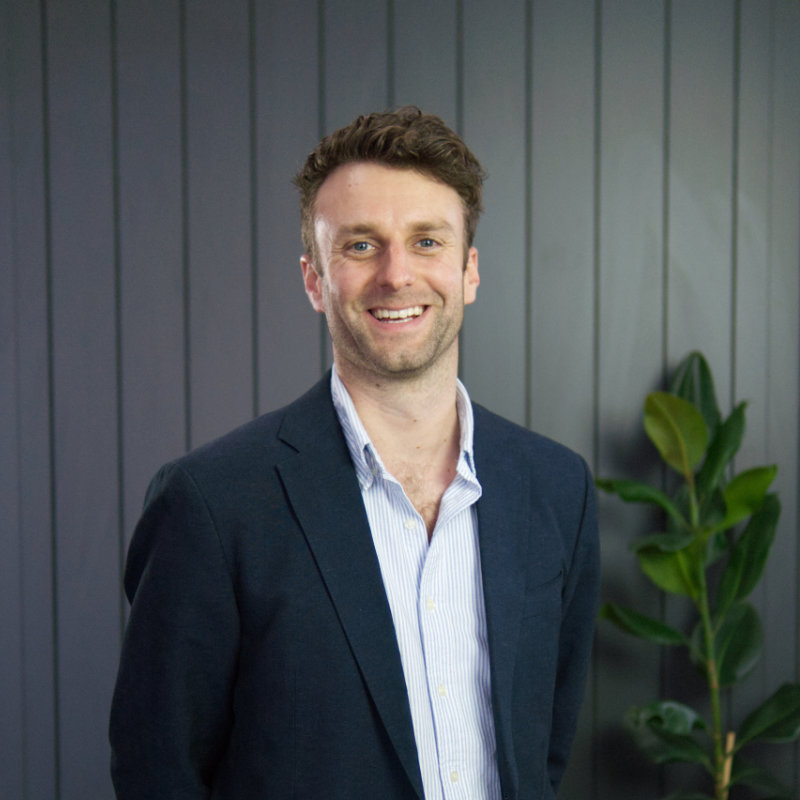